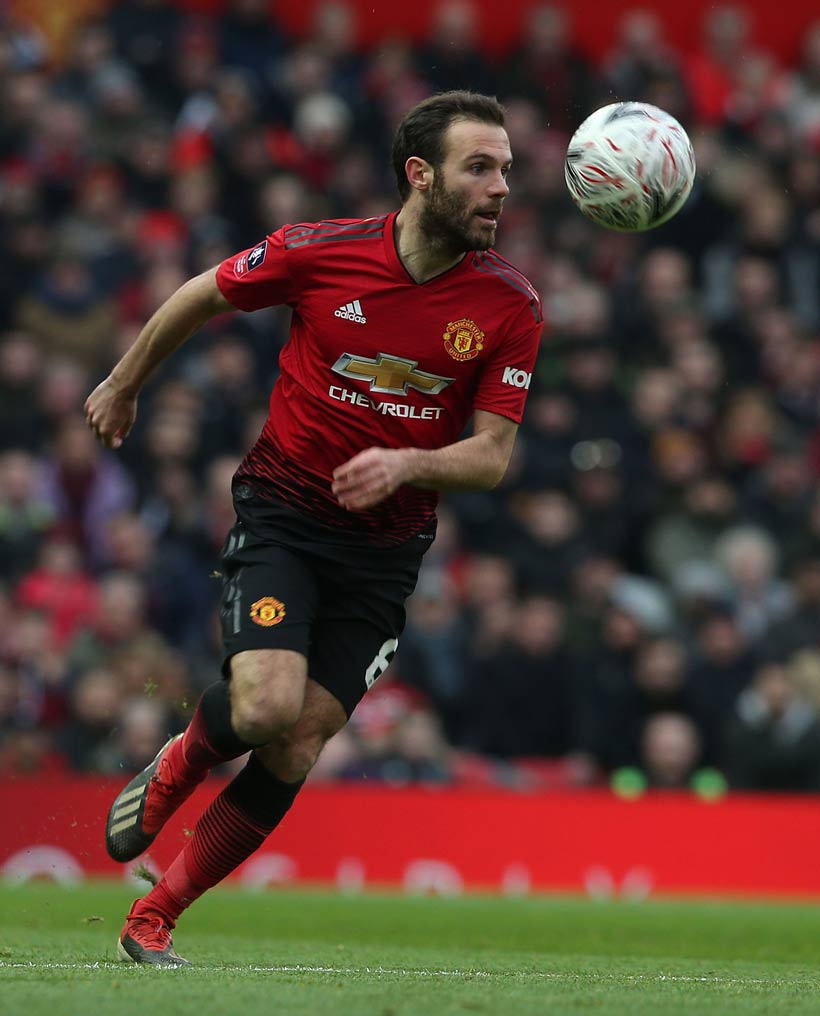 We continue on our good run of results. To win seven games from a possible seven is not a simple task in any way, so we are proud and happy with how things have gone in recent weeks. But we want more. We know that we are on the right track, but the most important part of the season is still ahead of us. We have to continue in the same way if we want to achieve our targets, and we are all motivated to make the coming months very positive ones.

As I’ve said, the win against Brighton on Saturday was our seventh in a row. We battled through at the end, to be honest, but I believe it was deserved. When you’re on a good run, there are games that you win which otherwise in other circumstances you might have ended up drawing. We played with energy and the desire to keep on improving. We started out by making it 2-0, thanks to a penalty from Paul and a great goal from Rashford. Marcus is a truly special player. He already is, and is going to continue to be, a very important player for club and country and it is a pleasure to see his progression up close. He’s also a great lad, with his mind focused on the important things and extraordinary physical attributes. He has everything to keep on growing without slowing down, and he deserves to.

Now we’re looking ahead, and on Friday evening the FA Cup returns with a very tough clash away against Arsenal. The Emirates is a spectacular stadium, it is always tough to play there, and this time the game is important given that we are playing to go through in a competition which, as you all know, is very important to us. Our opponent just beat Chelsea, and will therefore be in a good place in terms of confidence, but we intend to keep pressing on in the cup.

Petr Čech; a true legend of the Premier League ? pic.twitter.com/urBGVT289C

Before I sign off, I would like to pay tribute to one of the best people that I have met in the world of football who recently announced his retirement from playing at the end of the season: Petr Cech. He is an excellent professional, a fantastic teammate, a natural leader and an extraordinary goalkeeper… there aren’t enough words to describe Big Pete, and I’d like to show my appreciation for all of the moments that we spent together (especially that penalty shootout in Munich) and wish him the very best for the future (perhaps in a band, right Petr?). It was an honour to play with you and without doubt you are a legend, my friend! You deserve all of the great things that have come your way.

I won’t go on any further for today. I hope you all have a great week.