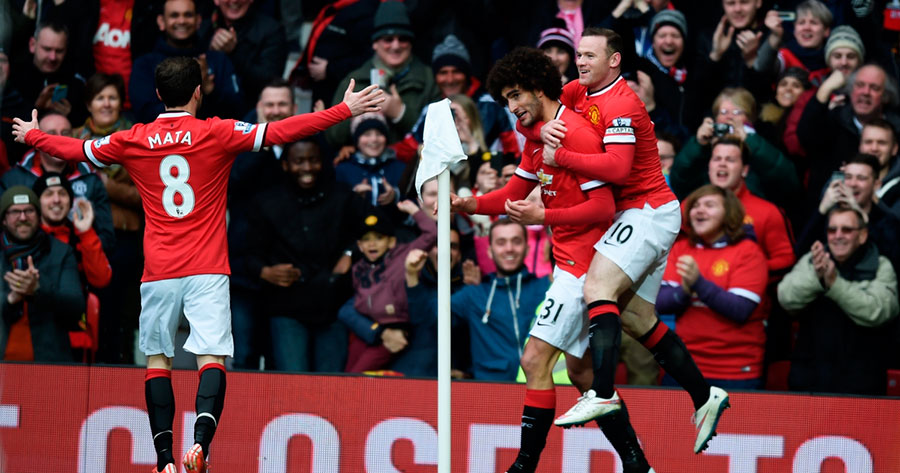 This happy Sunday gives us strength to start a new week. It was a very important victory in order to finish in the top four, since Tottenham is also in the same race. It was arguably our best first half of the season. In those 45 minutes we got three goals and we could have scored some more. The team played with a fast, intense and vertical style, also pressing on Spurs’ half of the pitch. I was very happy for the fans after the disappointment in the FA Cup against Arsenal last Monday.

The best way to recover was by playing a good game and winning for the fans, and that’s what we gave to them -to you- against Tottenham, a very good team that we managed to neutralize.

From a personal point of view I have to say that I felt really good on the pitch and I enjoyed again from the beginning with my team-mates, trying to be helpful in all aspects of the game. I heard your applause and I want to thank you for that. Ever since my first day as a United player I felt the love from Old Trafford and I want you to know that it helps a lot when you play. Your applause when I was substituted and on my way to the dressing room is something I will never forget. Thank you so much to all of you…

Now we must focus on each of the remaining games, and they are not many, in order to achieve our goal which is to bring the Champions League back to Old Trafford. Some of our rivals are also fighting for the same but I hope this win against Tottenham will give us confidence to perform at our highest level.

I also popped to the stadium last Friday, and from there I answered some of your questions and suggestions made through Facebook. I had a very nice time reading all your messages from so many different countries in the world and giving answers to some of them. It was not possible to go through all of your questions, but I’ll try to make it up for you with a little surprise, so keep an eye on the page this week 🙂

On Saturday we followed some Premier League games from the pre-match hotel, once again to realise how tough it is to win here, regardless of how the teams stand on the table. And the same can be said about la Liga, where distances on the top side shorten ahead of the Clásico. Barcelona and Real Madrid won and so did Valencia, now third – what a great season for them! Some of the teams have to play in the European tournaments this week, let’s see if those games have any influence on them.

Also, this weekend marked the start of a new season in one of my favourite sports: Formula 1. Fernando Alonso wasn’t there, but in Spain we got very excited with the new drivers. Carlos Sainz debut in F1 was a success and he even finished in the points. I hope these are the first of many for him!

Before signing off I would like to recommend to those who come to Manchester a visit to the Whitworth Art Gallery. I went there a few days ago and I was really surprised by some of Cai Guo-Qiang’s works and his drawing technique using gunpowder. Overall, this is a very interesting and well-designed museum.

See you in seven days. I hope next Monday we feel as good as today after playing in Anfield, which is one of the most important games of the season for us.

Have a great week!