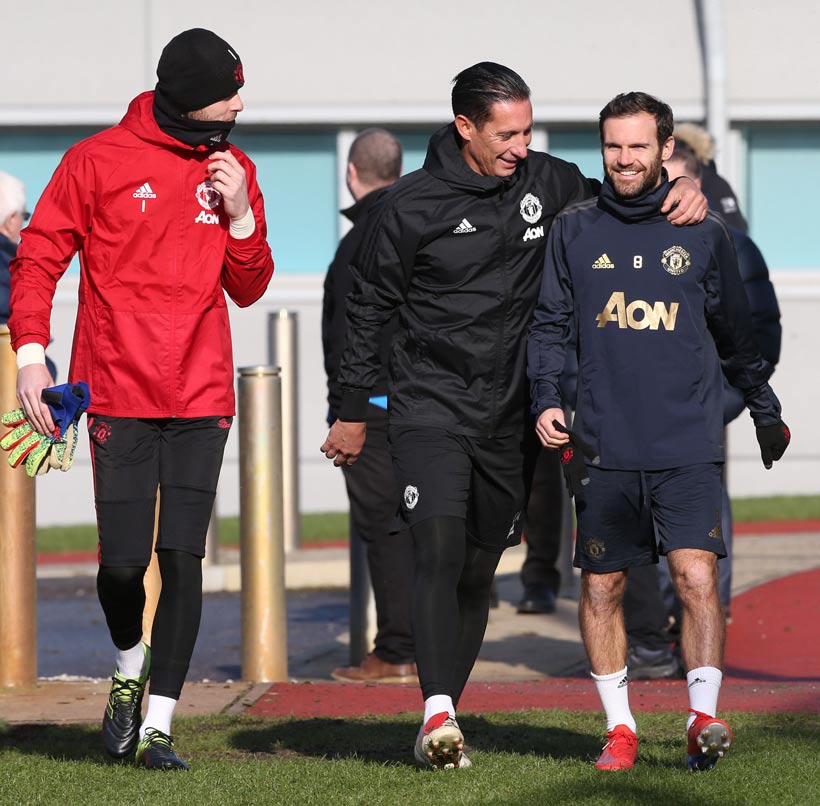 Ready to get back in action

We are coming into a week that represents the start of the final stretch of the season. We have less than two months to finish the campaign in the best possible shape, and we are looking forward to getting back in action against Watford this upcoming Saturday at Old Trafford. It will be our final game in March, and there are plenty of good matches to come in April which I will talk about next week.

In terms of training sessions, this week has been a very positive one for me. I have made the most of the chance to get in top shape after making my return i the FA Cup not long ago. I am feeling good and I am looking forward to doing whatever I can to help the team as much as possible.

Last week many of you reminded me that it had been four years since that win at Anfield where I was lucky enough to score twice. Time has passed, but without doubt I can say that it was one of the happiest moments of my career. Everything went well that day… passes, touches, the first goal and then the second… our fans were in the corner closest to it where they could celebrate. One decides to become a football player for moments like that, the most special thing is to see the effect that it has on so many people, it gives a meaning to everything. It was an unforgettable day.

After the week of internationals, I want to congratulate the Spanish national team for starting off their European qualification campaign with a win. It was tougher than deserved, and it was played in a style that I love. Jaime Mata made his debut, who I’m not related to (as far as I know!), but who I was happy to see play after a career that has been full of dedicated and patience. The same goes for Sergio Canales, who has had to overcome a number of serious injuries. He is a role model and a great player. He deserves it.

It is also worth mentioning England’s start. On top of the plenty of goals they scored, they are building something good. We already saw a lot of positives at the World Cup under Southgate, and it is clear that with some of the new generation they are forming a very competitive team. The atmosphere with regarding to the national team is very optimistic here, I have noticed a change and this confidence will help the team. From the outside looking in, I feel that the manager has plenty to do with the direction things have gone in.

Regarding Spain once more, I would like to share my congratulations and well wishes with Valencia CF once again, as well as all of the club’s fans after their centenary celebration. I wasn’t able to help out with the game this weekend, but I want to give my thanks for the invitation and reiterate that the feeling of care is mutual. I saw the photos of the game, where I saw plenty of legends and former teammates, and it had to have been a fantastic day. I wish you all the best! Amunt!

Hugs, and I hope you all have a good week,

P.S. : Louis van Gaal announced his retirement recently. I wish him the best in the next chapter in his life and I would like to thank him for the time that we spent together (including that game at Anfield)… He was an amazing coach, a sensitive and honest person despite looking tough on the outside, a man with principles and a great person. Thank you, Louis, I wish you all the best.