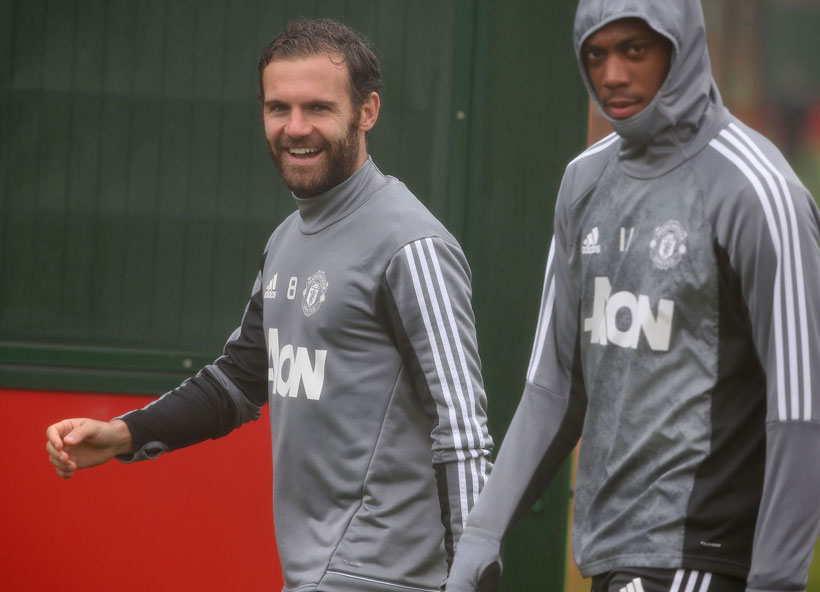 I’m getting used to writing to you after a victory, and I know we all like it. What a great routine that is! In this case –last Saturday in Southampton– the win was really tough to get, they didn’t let us play our game and they had chances to tie the score until the end. The truth is they didn’t deserve to lose but football is like that sometimes. We know a couple of things about it, since we were in the same situation several times last season. It was not our best game, that’s for sure, but luckily we managed to get the three points. This kind of games can make the difference between reaching the end of the season with a chance to fight for the title or not. We did a good work defensively and that was the key to win.

The three points keep us up in the table and with a high level of confidence, but that’s the past already. The schedule doesn’t allow for a break and we’re now focused on the Champions League. This Monday we pack our bags and travel to Moscow, where we play on Wednesday. It’s a long trip with two hours of time difference that will demand a quick adjustment. After winning the first game in the group stage it would be great to do the same in such a top clash.

CSKA Moscow is a classic in European football. They won all their games in the two previous ties before the group stage, which they have started with an extraordinary victory in Lisbon. Needless to say, it’s going to be a very difficult game, as they all are in the Champions League anyway. We know how excited you are about this competition and we will give everything we have to live up to your expectations.

Then on the weekend we will go back to the Premier League at home against Crystal Palace. They haven’t had a good start so far but that can be tricky. They have a skilled squad and I can tell you we will not relax. Last Wednesday, in the League Cup, we gave a good example of how to approach a game fully focused and motivated. That’s the way to go in order to get as close to our goals as possible.

In Spain, Barça remains on top after two convincing victories this week. Real Madrid are struggling a bit more to win, also due to the high level of the teams in the Spanish league. Valencia’s great start continues with another win; they are still undefeated!

Off the pitch, we are finishing the details of a nice event regarding Common Goal and I will tell you about it next week. Once again, thank you to those who are calling and writing to get more information and join the project. As you know, we are very excited about this, about football helping to make the world a better place. We keep going, getting stronger day after day.

Have a nice week, and may the winning streak continue! Hugs,

PS: This weekend, in MotoGP, there was a full Spanish podium in the Aragon Grand Prix in our country with Marquez, Pedrosa and Lorenzo. Amazing! Viñales finished fourth and Rossi, in an unexpected return to the competition, was fifth. Also, in cycling, we had the Road World Championships in Bergen and it was so close that we had to wait for the photo-finish… Petr Sagan won his third consecutive gold medal (in three continents) ahead of Kristoff, the local hero, who was really close to win…