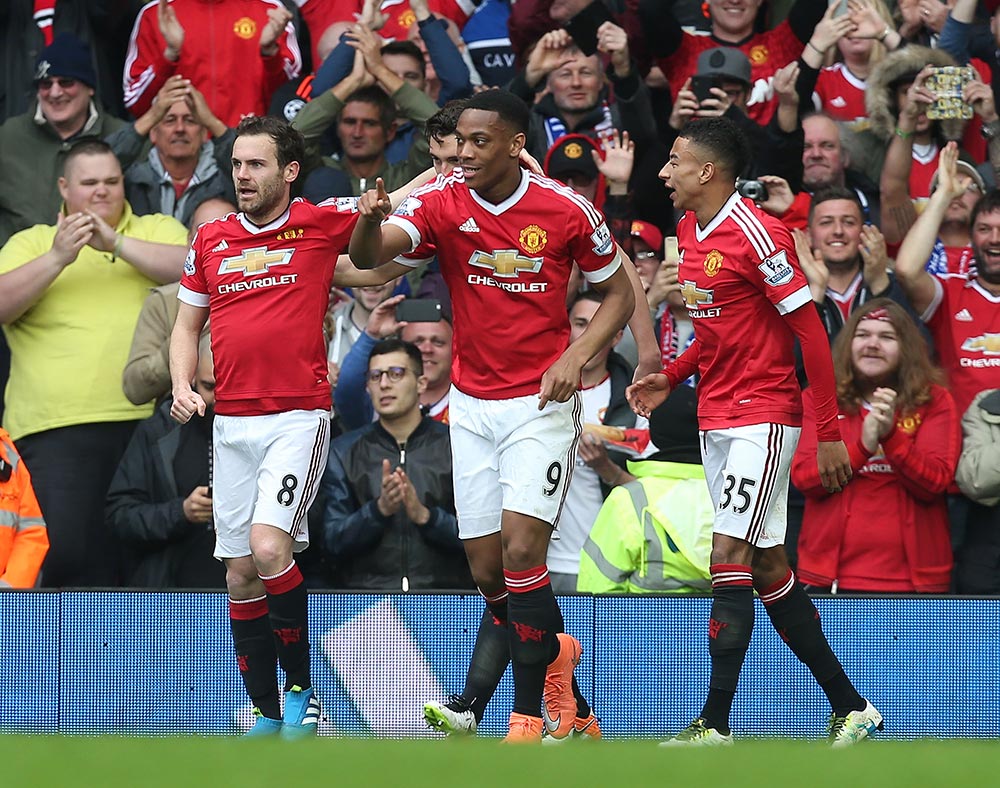 Being back to the Premier League with a win after the international break is a great joy. These three points against such a good team as Everton make us face the last stint of the season with energy and optimism. Right now, we know that there are seven games remaining (apart from the FA Cup) and our only goal is to get as many points as possible. And then, the table will say where we stand. The next game against Tottenham is a big challenge and a great opportunity to show that we will certainly fight until the end in this month and a half.

This Sunday’s game was special because of Sir Bobby Charlton. Ever since I arrived at this club I felt his support, and he gives you a calmness and positivity that are worthy of a great legend. He is a reference, someone who has proved with facts that you should never surrender; that, if you fight, you can get as far as you want no matter the obstacles that stand before you. In short, he represents all the values that define this club, and both in the past and the present he still is the ideal ambassador of what being a Red Devil means. One side of his Theatre of Dreams already bears his name, and reminds us players about his greatness when we step onto the pitch. Things like these make you realise, once again, how special this club is. Sir Bobby Charlton, no doubt, is a leading example to all of us.

The game against Everton was neither easy nor spectacular, but I think we worked hard to win. Besides, we wanted to dedicate the three points to Sir Bobby, obviously! We insisted on our game idea and it paid off in the second half. In my opinion, after the break we played better and we reached the opponent’s box with more danger. The goal came after a play I was lucky to be involved in, and with three young players taking an active part: Rashford, Fosu-Mensah and Martial. This is a good example of what we are trying to build: young guys with a bright present and a bright future ahead who are ready to compete at the highest level. The club’s Academy is doing a very good job and it is bearing fruit.

On Saturday, the world of football was watching the Spanish ‘Clásico’. Barcelona were having an amazing streak, however it was Real Madrid who won the game, bringing a great joy to their fans and proving to be a team that never gives up and you always have to count on. It’s part of their history. This result gives more uncertainty about what will happen in the Champions League quarter finals, where Barcelona will face such a tough side as Atlético, who are also keeping the pace in la Liga.

Aside from football, I would like to congratulate my compatriot Javier Fernández for his second straight world figure skating championship, which is an epic achievement in our country. And my congratulations also to Pau Gasol for reaching 10,000 points and 10,000 rebounds in the NBA. Both of them are great examples for the boys and girls in Spain and all around the world.

PS: Thank you once again for your comments and suggestions on my YouTube channel. This week we will try to surprise you again!