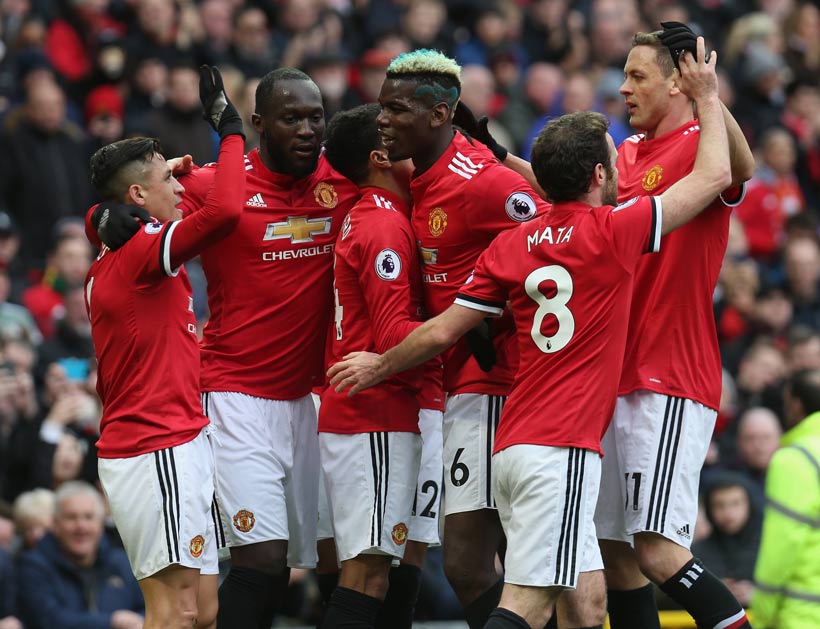 The best possible restart after the break

We went back to the Premier League after the international break, and we did it at the place we like the most, Old Trafford, and in a way that we also like, winning and feeling good. The victory against Swansea was important because we got the three points and we clearly deserved to win. Scoring an early goal is always a good help, and that 1-0 was the key to keep playing with confidence and trying to get more goals. The feelings were really good in the first half. I think it was one of the best first halves of the season. In the second half the pace wasn’t that high, but we managed to keep the score and win.

In particular, I’d like to congratulate Romelu Lukaku for his goal 100th in the Premier League. Reaching that number of goals at the age of 24 is something truly exceptional that only the great goalscorers can achieve. I’m happy especially for Romelu, because his work for the team doesn’t reflect only through his goals. He is a great guy and he deserves it.

It’s the sound of the ball hitting the net for the 26th time this season, the 11th time in his last 15 games and for the 100th time in the @PremierLeague ? pic.twitter.com/vBQ4o468yk

This week we will keep working on a game that many people are already talking about. Of course I mean the derby against City. This game doesn’t come in an ideal situation, for there’s quite a gap of points between the two of us, but we all know that it’s a special game. We’re looking forward to playing against them and having a good performance. That’s what our fans deserve.

In Spain, Barcelona remains undefeated with an important gap between them and the rest of the teams after a draw in the Sánchez-Pizjuán. Sevilla played at a very high level during most of the game. Meanwhile, Atlético, Real Madrid and Valencia won, putting more distance with the fifth spot.

Before signing off today I’d like to wish a full recovery to Pelayo Novo, a guy from Asturias, formerly in the Real Oviedo academy and now playing for Albacete, who suffered a serious accident at the pre-game hotel in Huesca. All my support to you and a big hug, Pelayo. I also want to send my support and best wishes to Ray Wilkins, a legend of English football, who had a cardiac arrest a few days ago.

Have a nice week and, as always, thank you for your support. Hugs,

PS: As regards to Zlatan Ibrahimovic’s debut in the MLS… what can I say? He scored two goals (one of them stunning) for the team’s comeback. I think there’s a new neighbour in Los Angeles and he’s going to give plenty to talk about ;).