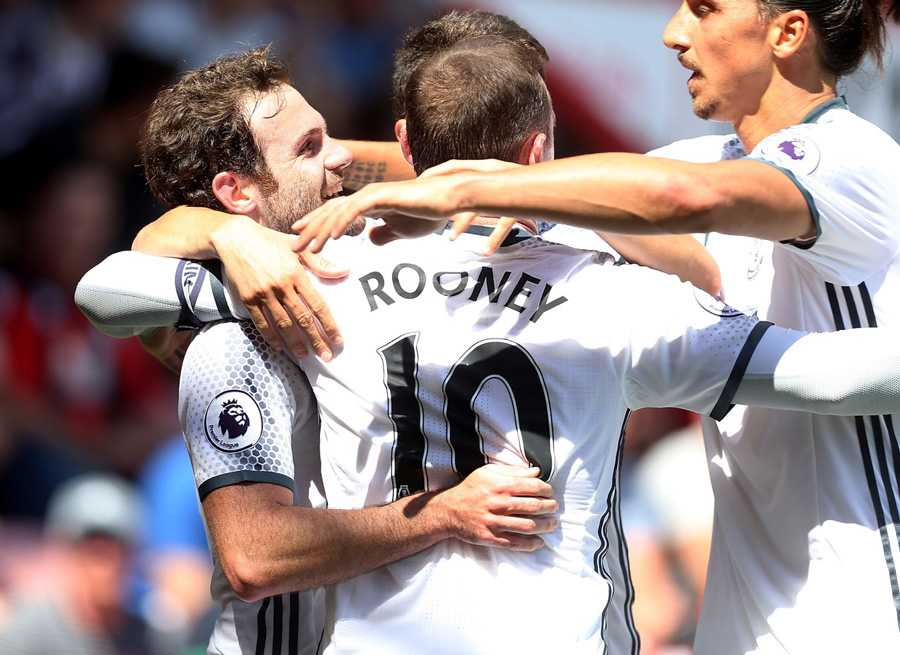 The importance of starting well

Here I am again! A new season has kicked off in the Premier League and so has this blog that keeps all of us in touch, of course. Many of you have been asking me about the start of this new series of weekly posts and I want to thank you for that and, in general, for all your messages throughout the summer. My holidays have been long and productive; I have had time to make a few trips and to relax mind and body so as to be back full of energy.

I’m retaking this blog tradition with joy because the season has started in a really good way. Eight days ago we won the Community Shield against Leicester at Wembley and this title makes us feel optimistic. From a personal point of view, I keep believing that Wembley is a special place. I had never won this trophy before, so now I can check it off my list 😉

Beyond this first trophy, it was important to have a positive start in the Premiership against Bournemouth, a team that had a good last season. We did it, and overall I think the whole team played a very complete game. I believe our victory was well deserved and, on top of that, I was lucky to score the first goal of the game, which is always an extra reason to be happy. It was my friend Ander Herrera’s birthday, and a victory was the best way to celebrate it.

Anyway, we know this is just one game. As from now we are focused on the next one because it’s coming soon, on Friday, and against Southampton, a solid team with my friend Oriol Romeu in the squad. They were sixth last season and I’m sure they will try to finish this one in a better place. It’s going to be the first official game in Old Trafford this season so I don’t need to tell you how important it is for us to play a nice game, in return to the excitement we see in our fans now that a new football year is on.

On a different subject, I try to get some time to watch the Olympic Games. I love them. Obviously, Bolt and Phelps are big sports legends, but the truth is, with so many different sports and outstanding athletes it is very difficult to highlight this or that discipline or competitor. All of them, regardless of whether they get a medal or not, deserve to be praised because they dedicate their lives to sports and have to work hard to be there. Sometimes they belong to disciplines that are not very well known for the general public, and they even have to make big economic sacrifices. Here my applause to all of them. What they do is simply admirable.

Have a nice week. I’m pleased to read all your comments around here again. Hugs 😉