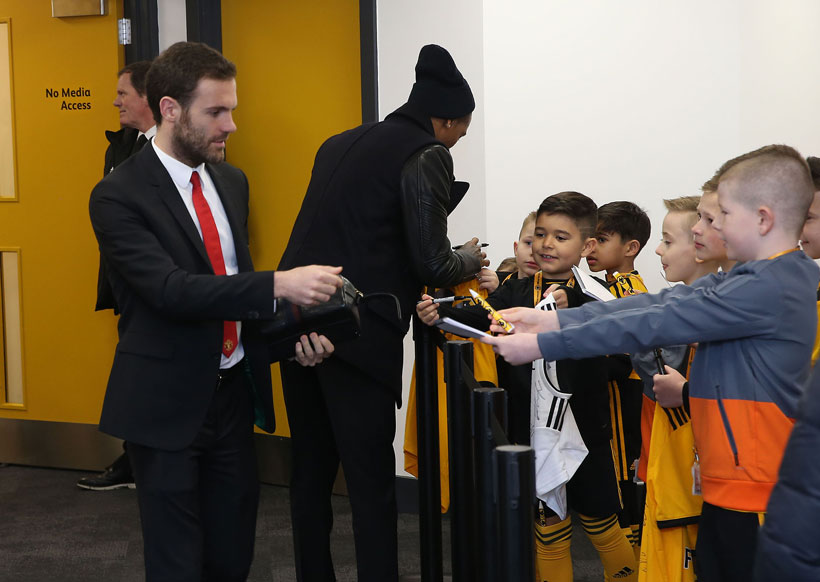 The time is approaching

For the first time in weeks, I have to write after being knocked out of something. It hurts to say that Saturday’s defeat against Wolverhampton was deserved, as it saw us head out of the FA Cup and you all know the hopes that we had riding on this competition, especially after progressing through some really tough knock-out ties. We fought until the very last minute but they were better than us and we have to accept it. These are the kinds of situations that put your personality and the spirit in the dressing room to the test, which is something we’ve talked about when we have been winning. I’m sure that we are going to leave this defeat behind and head towards the most important part of the season with our batteries fully charged after the international break. The time is approaching.

It is a shame, as the FA Cup game saw my return from the injury that I suffered against Liverpool and I was feeling good on the physical side of things. I featured in the later stages and felt fine, although what would have made me feel even better would have been mounting a comeback up on the scoreboard too.

On the other hand, on Friday the draw for the Champions League took place, where we have been matched up with Barcelona. Obviously, it is a huge challenge, but this is what this club is made of, overcoming adversity, demanding a lot from yourself and wanting to win. As Barça are one of the toughest opponents in world football, we will have to put all of that into practice. For the boss, returning to Camp Nou will be very special, as well as for everyone who was there on that special night in May 1999. This tie will ask us to put in a huge effort, but we are ready to give our best to try to go through.

In LaLiga, Barça beat Real Betis, thanks to another masterclass from Lionel Messi, and we will have to hope that he isn’t so inspired when we play against them.

Real Madrid won on Zidane’s return as manager. He is starting a new era at the club and I’m sure that they are going to look to win every game from now until the end of the season.

I would also like to congratulate Valencia for getting through to the quarter-finals of the Europa League in Krasnodar in epic fashion. It is the club’s centenary year and I want to send my best wishes to the club and Valencia’s fans, here’s to another 100 years of happiness and winning titles! Their tie against Villarreal, who have been in great form in Europe, will be very interesting.

In Spain, what I would like to mention most is the record number of fans that attended a Liga Iberdrola fixture on Sunday: 60,739 people enjoyed watching Atlético de Madrid-Barcelona at the Wanda Metropolitano, showing the huge interest in women’s football. Well done to all involved.

Hugs, and I hope you have a good week,

P. S. : Congratulations to Rory McIlroy, a known United fan and the winner of The Players Championship after a tight final round where a Spaniard, Jon Rahm, started off as the overnight leader. Well done, Rory, and I’m sure you’ll have more opportunities, Jon!