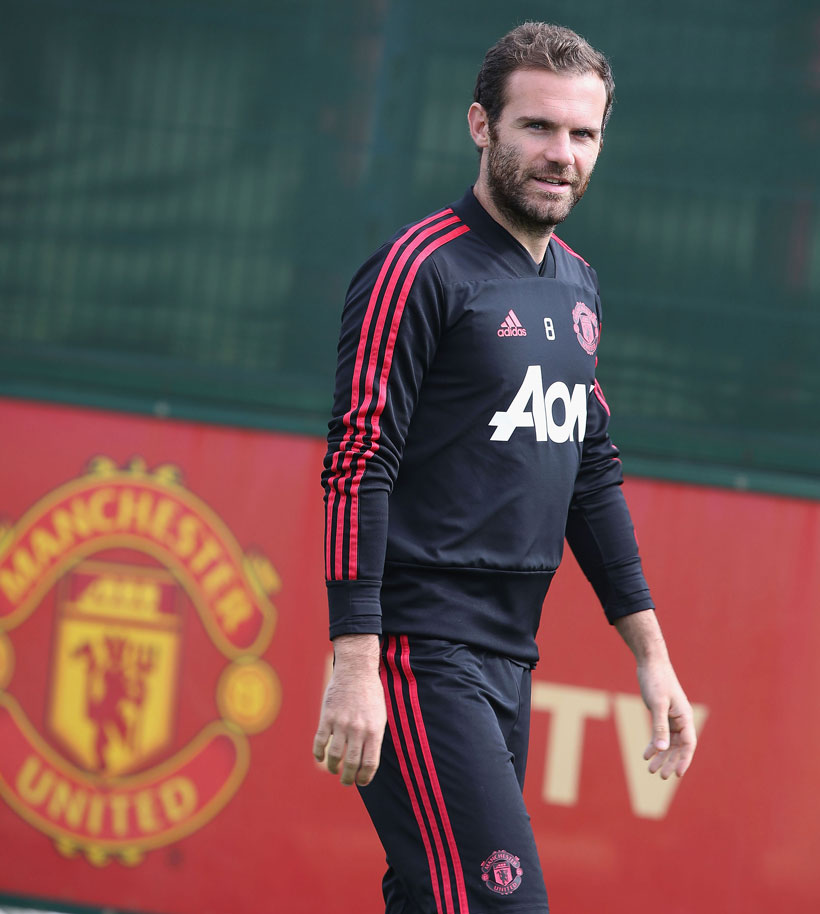 This Sunday I’m writing to you all after a week without club football. I know that many of you, in footballing terms, will know a little bit about how that feels because Manchester United haven’t played. It is normal, I’m also looking forward to our next game too.

It will, without doubt, be a special one for me: Chelsea vs Manchester United at Stamford Bridge. For us it will be the first test from a tough run of fixtures, but we are hoping to play at a high level and return home with a win. We will finish off October by welcoming both Juventus and Everton to Old Trafford. It is a fixture list that is going to ask for our best football.

I have said that there have been no club games, but that isn’t necessarily true. There have been a lot of other competitions still taking place, including the Spanish second division where Real Oviedo lost (I’m sending plenty of encouragement their way from England); and the FA Women’s Championship where Manchester United beat Charlton 3-0. I wish Casey Stoney all of the luck in the world, you have all of our support.

This week there has also been more good news for Common Goal. A legend of both football and Manchester United, Eric Cantona, joined our movement. It was a day where I myself felt really proud and happy, as Eric becomes a ‘mentor’ for Common Goal and will support us greatly.

I’ve always wished that I’d played with him… Finally, we are on the same team. Welcome to @CommonGoalOrg, The King! #EricCantona #CommonGoal ⚽❤? https://t.co/ZmW0kHU2h4

Due to my age, I never thought that we would be able to be on the same team, but on top of having shared the privilege of wearing the same club colours, I can now say that King Eric is my teammate. It is a dream come true, welcome aboard! This week we will have some more newcomers to share with you, which goes to show that Common Goal is still growing and getting stronger :-).

Hugs, I hope you all have a great week.