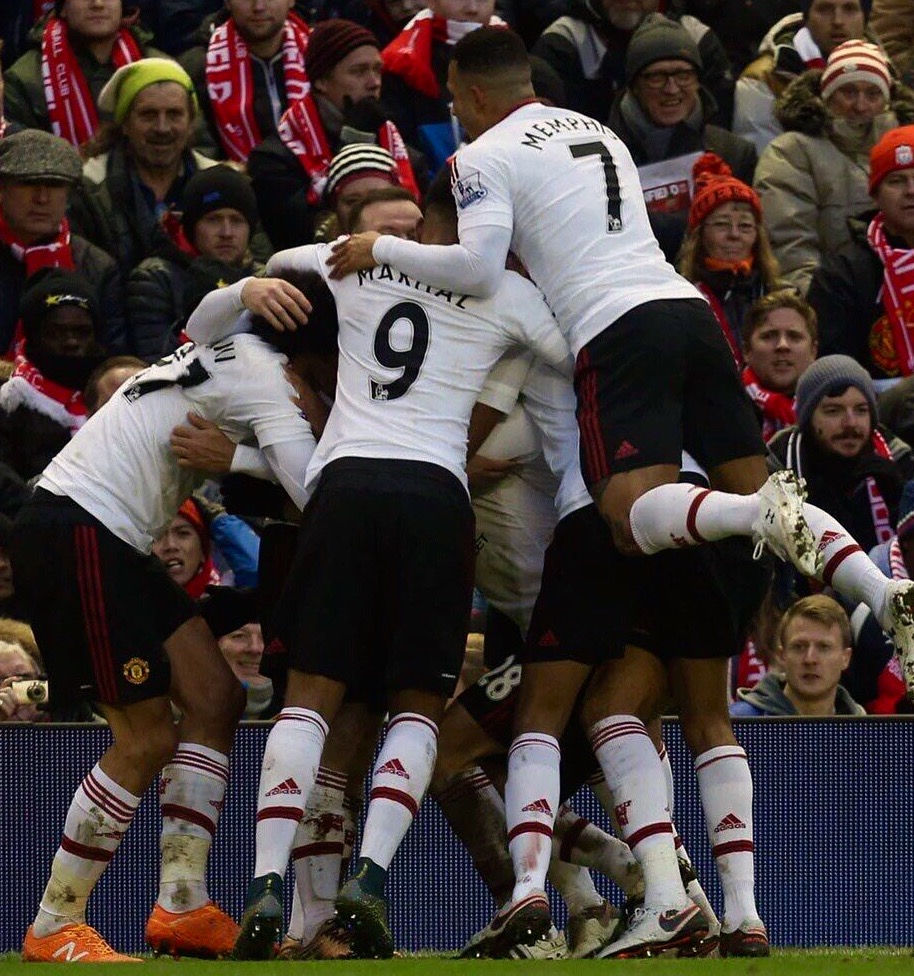 As I have said a moment ago through a video, this is a happy day. It’s more than just a Sunday. It’s the day when we have got a special win: three golden points in Anfield. Everybody knows about the historic rivalry between the two clubs, and this game was not an exception. It wasn’t the greatest game in the world, that’s for sure, but the atmosphere and the tension in this kind of matches make me feel privileged year after year… Our fans deserve a special mention, they were amazing and made themselves heard at every minute, supporting us through the entire game. Besides, we are in a good run of results against Liverpool lately; I hope we can stretch it in the future. Our goal came in the second half. Even if it wasn’t our best game, we were able to get a clean sheet (David was great) and to score a nice goal from Wayne after a corner kick.

I hope this win will give us a boost of confidence, and help us play better and keep getting results in order to move up the table. There’s a long way to go and there is no team who is showing a great consistency, so everything is still open…

For the moment, we have to stay focused and keep the same mentality in our next game in Old Trafford against Southampton, the team of my friend Oriol Romeu. They have got two convincing wins in the last two games so we must be careful.

I don’t want to forget about last Tuesday. To be honest, my feeling is that we dropped two points… After being 0-2 and then 2-3 in the score we should have closed the game, but it wasn’t the case and we were all very upset on the way back to Manchester, that’s inevitable… We must learn from this kind of games.

As always, this weekend I also kept an eye on la Liga in Spain, just to see that Atlético de Madrid keeps pushing and winning, this time in Las Palmas, and that both Real Madrid and Barcelona scored many goals and enjoy themselves on the pitch… Valencia equalised at the death, I hope things get better in the next few games and they can move to the European spots.

On a different subject, “The Revenant” is already on UK screens, I have to find a moment to go to the cinema because it looks very good… I’ve heard that Leonardo DiCaprio has a fantastic performance… I really like most of his films, that’s the truth… Which is the movie you are more looking forward to in 2016? By the way, thank you for your suggestions about TV series, I have penciled down some of them… ;-).

It’s time to sign off. Have a nice week, and keep warm! The snow has come to Manchester already…!