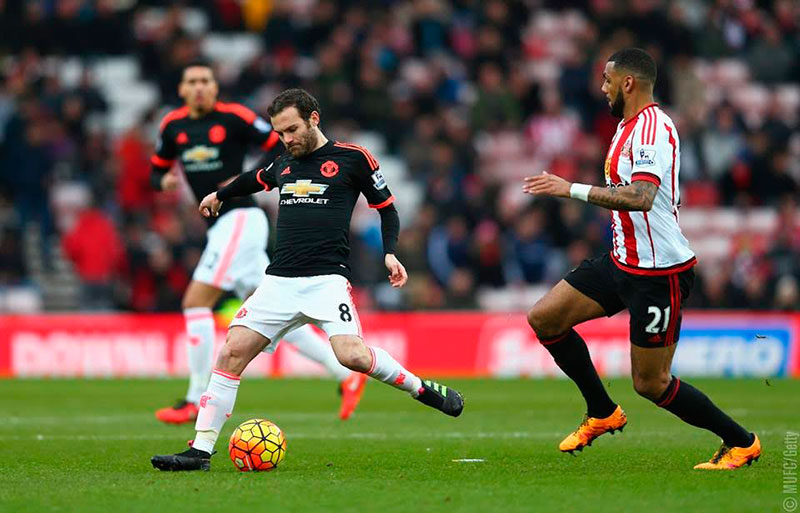 Time for the Europa League

After three games improving our level, with positive results, last Saturday we lost in Sunderland. The team was performing well in the previous weeks and it hurts not to have the consistency that you need to shorten the gap with the teams standing ahead of us in the table. Even more this weekend when they were facing each other. The game started bad for us with Sunderland’s early goal, but we managed to overcome the situation. At half time, the feeling was that if we kept playing as we had done we would be close to the victory. However, in the second half, despite approaching their goal several times, they scored in a set piece and won the game. It’s a message that we have repeated before this season, but the truth is that the only way to get to a better position is by working hard for the next game. There is no other way. Mourning is useless now; besides, there are still many games to play and many things can happen this season.

There is no other way. Mourning is useless now; besides, there are still many games to play. Click To Tweet

First of all, our participation in the Europa League. I understand this is not the best possible situation, but it is what it is, and our goal is to keep advancing so we can have the chance to lift this trophy, which would come with a double reward. My personal experience tells me that if we work for it with excitement it could be a positive way to finish the season, as I lived three seasons ago. At the moment we face Midtjylland, the current champions of Denmark, now third in their league. Step by step.

I guess you are aware of everything happening in la Liga. Real Madrid and Atlético keep winning games, while Barcelona shows an overwhelming authority. And some of you have followed the NBA All-Star too, always very spectacular. I think Stephen Curry is a very special player. It’s really nice to watch his talent and elegance on court.

My congrats, of course, to the Spanish national team for winning the UEFA Futsal Euro title once again. This achievement shows the big support to this sport in my country, where we have world-class players. Congratulations, champions.

My congrats to the Spanish national team for winning the UEFA Futsal Euro title once again. Click To Tweet

It’s time to sign off. I understand and share your frustration, but once again the way to overcome the defeats and the complicated moments is, in my opinion, by standing united, working hard and never giving up.

Thank you for your support. Hugs,