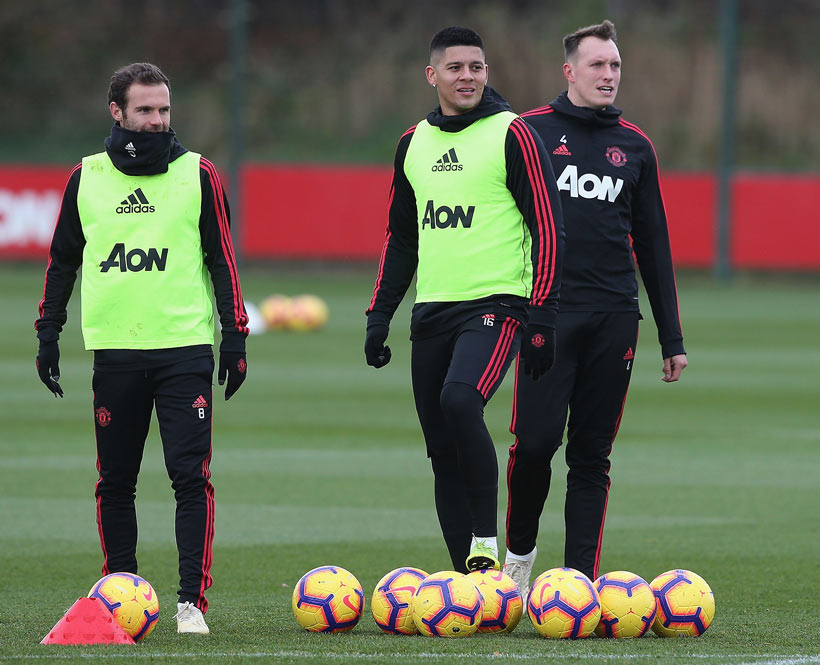 I would like to start my penultimate blog post of the year by wishing all of you who celebrate it a Merry Christmas. As you all know, despite there normally being a break for the holidays, we don’t stop. Without doubt, it is one of the busiest times of the year in terms of the amount of games there are in English football. We have two games at Old Trafford and we want to close out December in the best possible way: with two wins.

Obviously, it has been a different week with the change of manager and I’d like to thank Jose for the trophies we won together and wish him luck for the future.

As you will all be aware, the legendary Ole Gunnar Solskjaer is our new boss and we couldn’t have started off upon his return to the club in a better way. It was a convincing win against Cardiff and it will raise morale going into the end of 2018 and the rapidly approaching new year. It is time for be optimistic, to look ahead and keep working hard to climb up the table. We are really motivated to do so while entertaining our fans, who deserve so much.

To start off, we play on Boxing Day against Huddersfield. It is a date that reminds me of my first months in the Premier League some seven years ago, from that point it transformed into one of the best days of the year for me. There are a lot of families in the stands and we hope to add a good game to the party atmosphere. It is a special day for English football.

Four days later, we will welcome Bournemouth, a team who are having a phenomenal season. In our first league game against them, we managed to win thanks to a stoppage-time goal from Marcus, and on Sunday I am sure that they will be looking for revenge.

In Spain, Barcelona closed out the year at the top of La Liga, with Atlético and Sevilla close behind. I think there’s going to be excitement around the title race until the end of the season. Not forgetting Real Madrid, who won the Club World Cup once again.

Hugs, and I hope that you all enjoy this special week.

P.S.: Away from football, I want to send my support to all of the people of Indonesia. It is a beautiful country that has been hit by a terrible tsunami. My condolences to the families of the victims, stay strong.