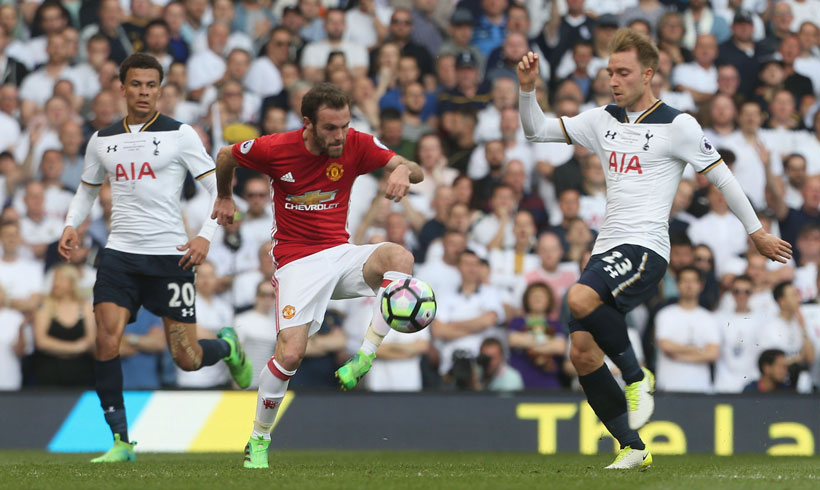 Two games to reach the final in the best condition

I know you have a bad taste right now, after the defeat against Tottenham. Same as we do. But we must remember that we have a few exciting days ahead, and I hope that at the end of the season we can say that, overall, it’s been a good season for us.

This weekend we visited a stadium that was saying goodbye to football. It was the last Premier League game at White Hart Lane. Obviously it would’ve been much better to win and be able to say that you were the last team who won there, but we couldn’t. They are always a tough and difficult opponent, and they also wanted to win the last home game of the season, of course. At least it’s been a privilege to have played this farewell match, and I’m happy that I felt good physically in another demanding game after my recovery.

Now it’s time to play two good games to close the Premiership and reach the Europa League final in the best shape that we can. It’s true that the calendar has been hectic over the last two months, but we have to push hard now to try to win the three remaining games. We really want to.

Also, I think it’s fair to congratulate Chelsea for winning the Premiership. They’ve been the most consistent team in the League and thanks to that they were able to celebrate the title last Friday after defeating West Brom, so my sincere congrats to them.

I hope we can enjoy something similar after the final in Stockholm. The semis against Celta were tough. We suffered until the last minute, but at the end we made it to the big final. However, as I said after the game, I think they should be very proud of what they did.

In Spain we don’t know yet which team will win la Liga, since Real Madrid and Barcelona got the three points, so everything depends on the games this week. On the other end of the table, same as in England, we already know the teams that will be relegated: Osasuna, Granada and also Sporting, because they lost all their chances for the last week due to the draws of Leganes and Deportivo. Encouragement to all of them.

Aside from football, I’d like to congratulate Rafa Nadal for his fifth title in Madrid. It’s another Master 1000 to add to his record and, more importantly, I’d like to point out his great competitiveness and his ability to fight for each and every ball in every game that he plays. He’s an example in passion and perseverance, and he never gives up. A unique tennis player and a unique person.

Have a nice week. I hope we can enjoy and win both of our games against Southampton and Crystal Palace.