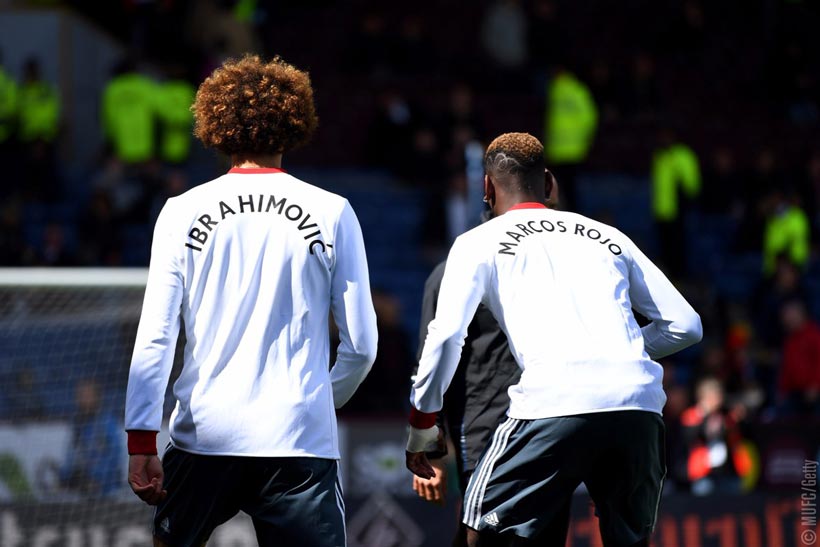 Two wins at a high price

It was a very important week to stay in the Europa League and get closer to the Champions League spots in the Premiership table, and we had two very positive results, but unfortunately they came at a high price with significant injuries.

By defeating Anderlecth and Burnley we have made it through the semis in Europe and have approached the top four in the Premier League, but we know there’s still a crucial way to go. The last few days have been very good in terms of results but those good feelings have been tarnished by Marcos and Zlatan injuries. These situations just happen in football, that’s for sure, although they’re never easy to take… Now it’s time to be patient and strong to face the recovery period and I’m sure both of them will do their best. The rest of the team will support them.

There’s no truce in the calendar and this very Thursday there’s one of those games that every player likes to play: the Manchester derby. Away this time, but we know that, with the top of the table so tight, this is another big chance to make an important step in our fight and keep climbing. I hope you can enjoy a great game and we can get the three points!

Soon afterwards, on Sunday, Swansea will visit us at Old Trafford. My friend Fernando Llorente, among others, will be there. He’s having a good season, scoring important goals, and they will fight will all their power to try to leave the relegation zone.

So April will be over with that game. As you can imagine, this month has been a bit too long for me due to my injury… I had never been in a situation like this before (I’ve been very lucky), but the truth is I’m feeling much better now and I hope to be back with the team soon, to try to help in the last spell of the season. I hope so, because that’s all I want: being always available to help and to contribute as much as I can, both on and off the pitch. A million thanks for all your messages wishing me a speedy recovery, I’m getting closer! 😉

Of course, before signing off we must have a few lines for ‘El Clasico’, one of the games of the season in world’s football. The game had a bit of everything, including a thrilling finale with a goal from Messi that takes the three points to Barcelona and makes the fight for the title even more exciting, although Real Madrid has one postponed game still to be played.

Have a nice week and thank you for visiting my blog every week and for your comments! Hugs!

PS: I wanted to send a big hug to the family and friends of Michele Scarponi. I was shocked to know that he died so young, so close to his house, in an accident. Valverde won for the fourth time the Liège-Bastogne-Liège and he dedicated the win to Scarponi. It was the gesture of a great champion towards a friend that lost his life on the road, something that happens more often that it should, unfortunately. We all have to be aware of that, to try to avoid it.