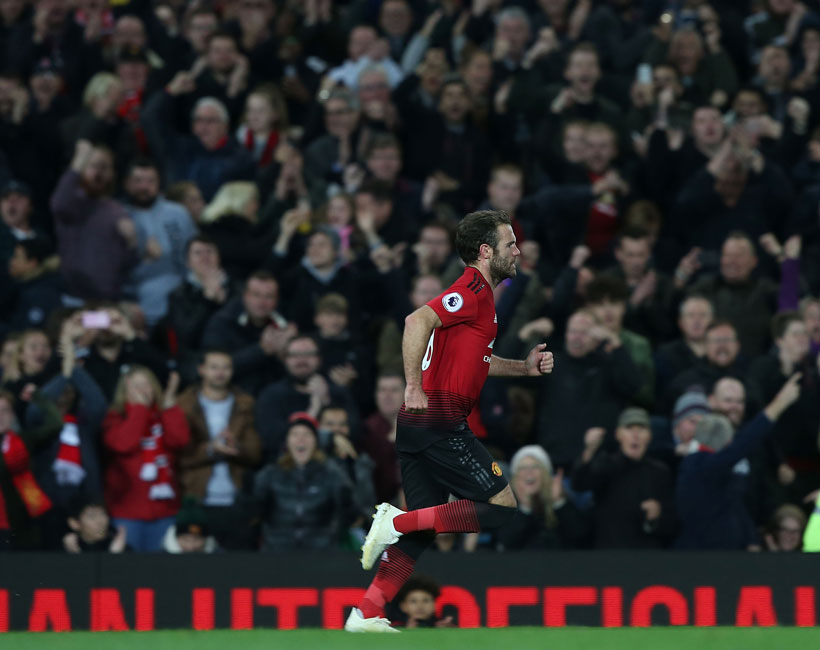 When goals come from the stands

I guess that you’ll be more up for reading this post than you were a week ago… It’s only normal, it’s the same for me writing it. Saturday’s win was special, without doubt, not only for how important it was but also for how it came about.

As you’re all aware, the situation was dire. We were 2-0 down early on and Newcastle were creating chances. A come back seemed a long way off. Not because scoring two or three goals was impossible, as we showed, but due to how we were feeling in that first half… However, in the second half we gave all that we had. From pushing on, courage and our football, we turned the scoreline around.

Thanks to all of this and the incredible support of our fans, of course, we were pushed towards the three points. The energy and lift that the fans gave us was key to taking the win. In the dying minutes, above all, Old Trafford transformed into the kind of stadium that every other one in the world wants to be, a stadium where goals can be scored from the stands too. It was really amazing to be able to feel that from the pitch itself. In those moments, you realise just how special our fans are. You all deserved the result from that game.

On a personal level, obviously it was important to score the first goal, the one that got us back into the game and made us believe in the chance of a comeback. It was a free kick, something which isn’t new to me (they have told me that since I’ve arrived in the Premier League, nobody has scored more goals from direct free kicks) and therefore sometimes I ask to take them. I believe that there are three key factors when it is time to take a free kick: practice (something that I really enjoy during training), concentration (in order to focus on striking the ball well) and confidence (to believe that it is going to end in a goal). After that, obviously it doesn’t always go in… but luckily on Saturday it did.

8 – Since his Premier League debut in August 2011, Juan Mata has scored more direct free-kick goals than any other player in the competition. Hope. #MUNNEW

Carrying on with free kicks… I am sure that many of you are pretty good at taking them on FIFA 19 already, right? Well, I invite you all to find out more about Common Goal and join our movement through the game itself. Alex Hunter, the virtual star of FIFA, already has done, and his support won’t just stay on the screen… EA Sports have joined the Common Goal team to help the movement out financially too. It is great news, and more will be coming soon… keep an eye out!

Hugs, and I hope that you all have a good week,

PS: Congratulations on your extraordinary career, John. It was a pleasure to play with you. I will never forget how you helped me out at the start in London, and the great moments that we shared. Thank you and all the best for the future!