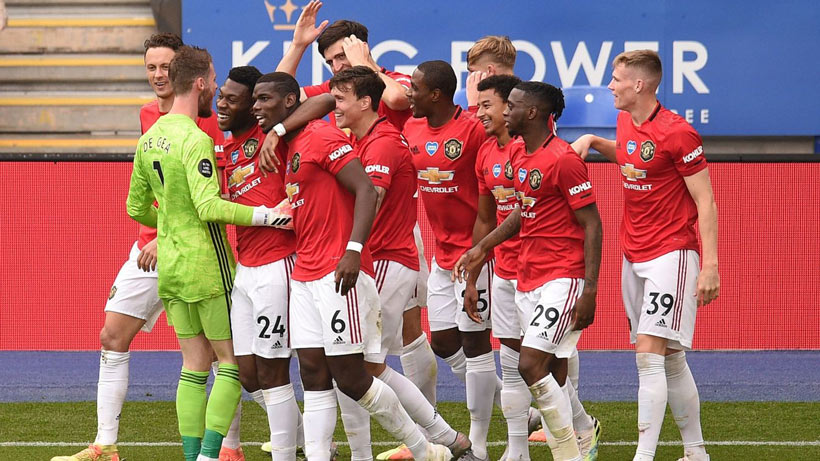 Manchester United, straight to the Champions

This win against Leicester City (0-2) in the last game week of the Premier League leaves the Red Devils in third position. United aren't defeated in the league since the 22nd of January. Juan Mata and teammates will compete again on the 5th of August, in the last sixteen stage of the Europa League.

Juan Mata's Manchester United will be in the Champions League next season. The win (0-2) against Leicester City in the last game week of the Premier League certifies their third position. A scenary that wasn't at all certain only 4 months ago, but to which they have reached after some good results. United doesn't lose in Premier since the 22nd of January (0-2 against Burnley). From then onward, 9 wins and 5 draws in 14 league games.

At the King Power Stadium, goals from Bruno Fernandes (penalty 70') and Lingard (98') gave the three points to the visitors. Juan, protagonist in several games against Leicester, didn't play today.

Manchester United will have several days without oficial commitments. They will have to compete on the 5th of August, when the Last Sixteen stage of the Europa League returns. The 0-5 against LASK (including a goal from Mata) means a great advantage to close the pass to Quarter Finals.