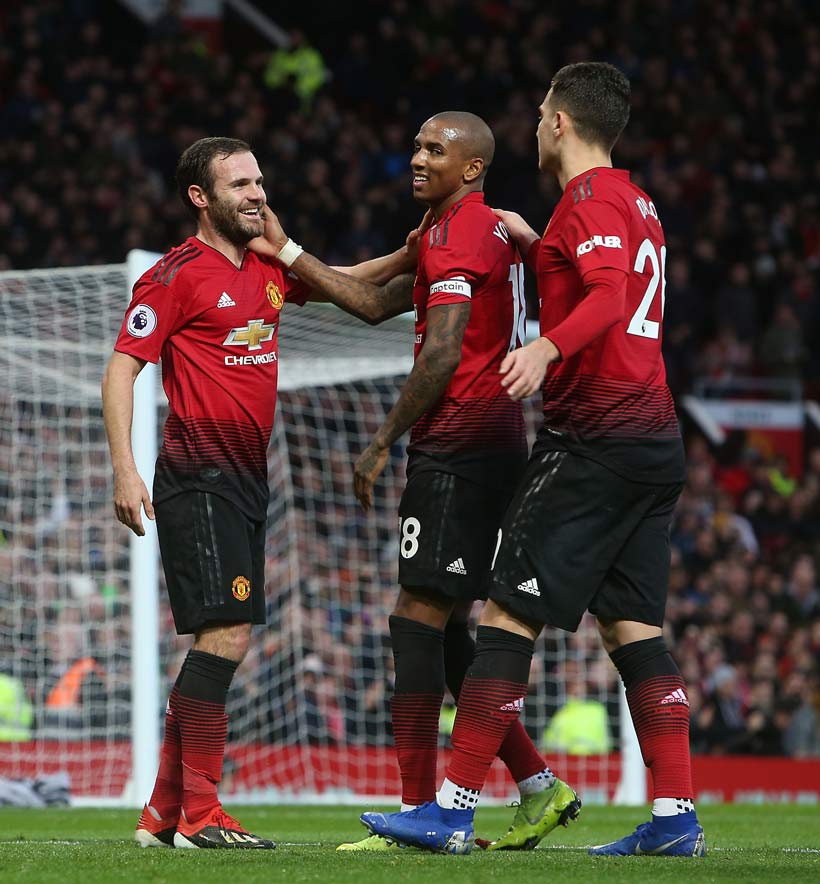 Today I am writing to you between two special days. The first was on Saturday, when we beat Fulham and enjoyed a great game. On a personal level I enjoyed myself, felt good and I felt as though the crowd at Old Trafford did the same. After the game I was told that I had reached both 50 goals and 50 assists in the Premier League, it’s a great stat and something that I am obviously very proud of. But I want more, so I am going to continue trying to improve on those numbers.

I have already been playing for many years in England, and I have to say that I am very grateful to both Chelsea and Manchester United for allowing me to enjoy English football for so long. I am spending a big part of my career in the Premier League and I want to thank both them and all of you, as it is a competition which I love. It is a very special league for players on many levels and I feel very fortunate.

The other special day to come is this Wednesday. I’ve had the 12th of December marked down on my calendar for weeks because we are playing at Mestalla and if there is another team that I care about, it is Valencia. They were a team who put a lot of faith in me when I was an inexperienced young player in the Spanish first division and they have fans who I am looking forward to seeing. I get regular messages of support from over there and I’m excited to return to Mestalla. It won’t be competitive in terms of playing to get through to the next round, but I’m sure that both teams will give their all to try and take three points. We have the chance to finish top of our group and we are going to fight for it.

I know that it is not the best moment for Valencia, but I also know from experience that feelings can change after two good games. The Europa League will be special for a fanbase to which I owe so much. I’m looking forward to seeing you all and returning to a place which was my home for four seasons.

Away from the pitch, I want to thank Asturias’ Sport Journalism Association for the ‘Human Values’ award I was given a few days ago for my work with the ‘Common Goal’ movement. I’m excited to receive an award like this from my home region, it reinforces the fact that I feel we are doing something worthwhile and necessary. During the last week, we announced a new female team member each day, and I think this shows that we are doing something that’s unstoppable. Thanks to Mayara, Dominika, Leila, Claudia, Tatiana, Melina, Brenda and Martina for your commitment, and to all of those who are still to come.

I’ll leave it there for this week. On Sunday we have a very special game for everyone, but right now I prefer to focus on what is to come in the here and now. I hope to write to you all again next week with good news.